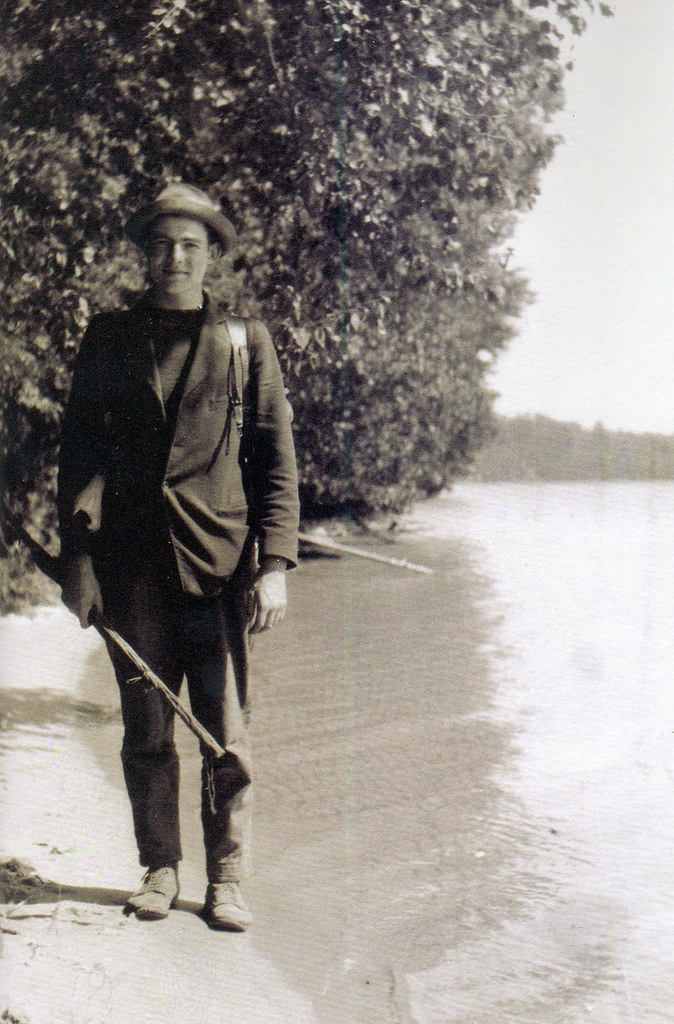 Nobel and Pulitzer Prize winning author Ernest Hemingway may have been born in Illinois, but it was the woods and waters of northern Michigan which shaped him into an outdoorsman and writer.

Ernie was just three months old when he made his first visit to the newly built family cottage on the north shore of Walloon Lake. It would become his summer haven, a place he returned every summer until his marriage here in 1921.

Even years later, as he traveled the world, northern Michigan would hold a special place in Hemingway’s heart…and often appeared in his writings, most notably the posthumously published The Nick Adams Stories. This collection of short stories follows the adventures of a young Nick Adams (inspired by Ernest’s own summer childhood) in noted locales near Walloon Lake.

Northern Michigan celebrates its Hemingway’s history like no other place in the world…with a higher, documented concentration of locales – more than 20 identified – as part of a self-guided “Michigan Hemingway Tour” with sites in Petoskey, Walloon Lake, Horton Bay (including the Nick Adams Preserve), Kalkaska and the Pigeon River Country State Forest. From libraries to barber shops, train depots to restaurants, boarding houses to hotels, the Hemingway sites are identified by bronze markers that tell the back story.

There are also two bronze sculptures of Hemingway in this area, a “Young Hemingway” in Pennsylvania Park in downtown Petoskey and “The Old Man and the Cat” in Circle Park in downtown Walloon Lake (both make great photo ops for locals and travelers alike).

Those looking for a more guided experience should contact Petoskey Yesterday, owned by Chris Struble – president of the Michigan Hemingway Society, who offers group tours upon request. The Lifelong Learning Club at North Central Michigan College in Petoskey also offer a series of events and tours throughout the year (registration is required).

For more about Hemingway’s northern Michigan history, we suggest reading The Hemingway Story published by the village of Walloon Lake. Those looking for an extended stay in Hemingway country, consider Hotel Walloon which sits less than a block from where the Hemingways disembarked their final train to board a steamer to spend the summer at their beloved Windemere cottage (still owned by descendants of the family).