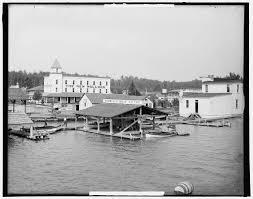 The first inhabitants of the region were Indians who called the lake Muqua (bear) Nebis (water). As early settlers arrived, they used the translated version of Bear Lake until the late 1800s when the name Talcott (or Tolcott) was briefly noted. It is not known for certain why it was changed to Walloon Lake, but by 1905 the village included a railroad station, steamboat landing and a post office bearing its new name.

As the village grew at the foot of the glacial spring-fed lake, summer visitors came by steamers and trains, ultimately building small cottages or staying in one of the 12 or so hotels and boarding house that began to pop up around the lake. Before long, the “downtown” area boasted three stores, a bowling alley, a bath house and hotel.

The year-round population then was about 300, but that more than doubled during the summer months as more people discovered the natural charm of Walloon Lake. The population hasn’t changed much, but now thousands spend their vacation time – in summer as well as in winter, spring and fall – here in picturesque Walloon Lake.

In 1873, the Grand Rapids & Indiana Railway completed its line of tracks that ran between Grand Rapids and Petoskey first serving those working in the logging industry that was harvesting the pine forest which covered the region. 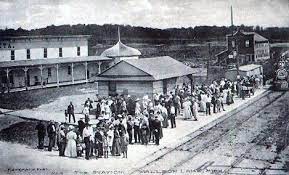 Around 1880, a depot was established in nearby Clarion (just east of present-day US-131) about a mile from what was then referred to as Bear Lake. Within 10 years, the forests were largely depleated and the railroad needed to change strategic course in order to survive. They began marketing The Fishing Line, replacing freight cars with fancy sleeping and dining coaches catering to leisure travelers from around the Midwest – Cincinnati, Indianapolis, Louisville, St. Louis, Chicago and Detroit – seeking rest and relaxation in northern Michigan.

The railroad reached Bear Lake (later known as Talcott and now Walloon Lake) in 1891 with a spur line known as the “Dummy” which ran 1.07 miles from Clarion to the shores of the lake near where you are standing now. The depot operated here until 1928, when rising popularity of automobile transportation spelled the end of the rail service to the village. 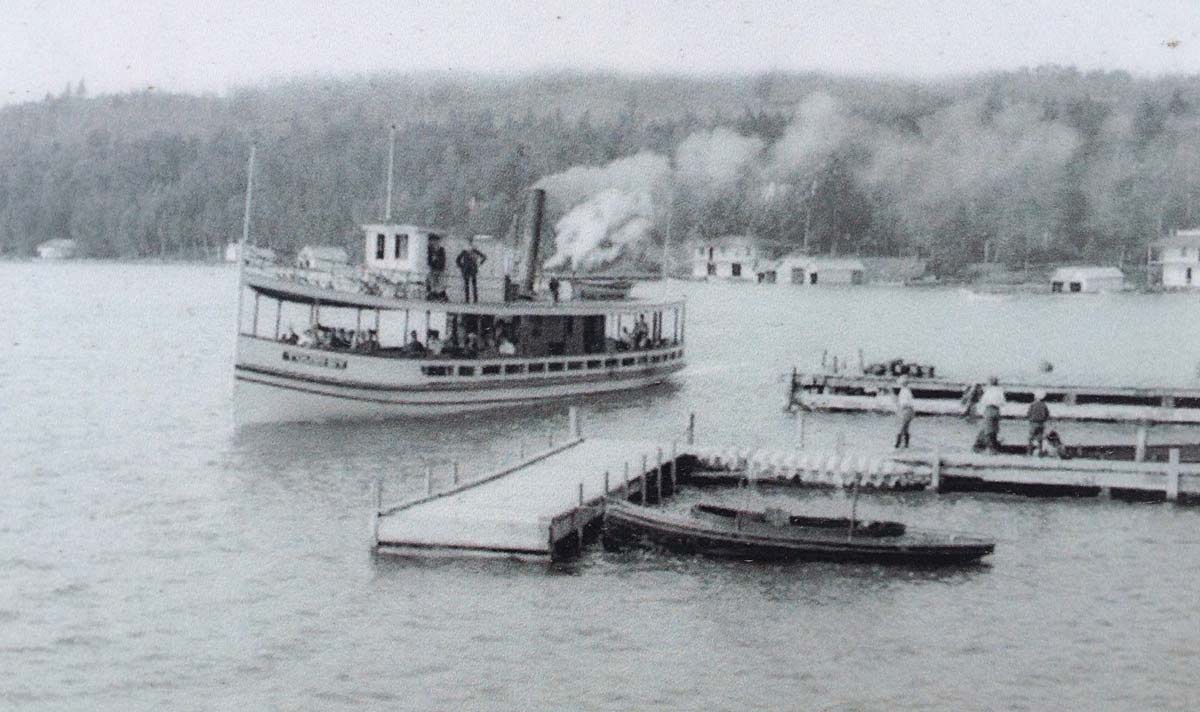 Once visitors arrived in Bear Lake (later Talcott and eventually Walloon Lake) after long steamer rides on the Great Lakes, followed by several legs via the railroad, they needed to be transported to their summer cottages or one of the hotels, resorts or boarding houses around the lake. Three notable passenger steamboats operated here at that time – the Tourist. Tempest and Outing.

The Tourist was a reconditioned double-deck, wood-burning, steam-powered canal boat brought to the lake in 1893 by the railroad. It was about 82-feet long, had a pilot house and a large cabin which held dozens of people. Roy Brown’s 14-piece band was known to perform from the open upper deck on occasion and there was even mention of a slot machine on board to entertain passengers during the ride.

Occasionally, these boats would become temporarily disabled – breaking or bending the shaft or propeller – after running into a “deadhead” (a waterlogged and sunken log leftover from the lumbering days).

The last passenger boat to operate on Walloon Lake was the Rapid Transit, which succeeded the Tourist in 1915. It was powered by a gasoline engine and only required a crew of two – a pilot and a purser.

By the turn of the 20th century, Walloon Lake was transitioning away from lumbering to becoming one of Michigan’s premier summer resort destinations. Tourists flocked here from around the Midwest to take in the fresh air, fishing and sailing that the area is still known for. While families had their own seasonal cottages, many relied on the multiple boarding houses and hotels that housed the growing number of vacationers.

One notable resort was the Fern Cottage, which opened in 1891, on the north side of the village. It served as a docking point for the passenger steamboats which transported folks to their final destinations around the lake. Guests paid $2 per day for a private room, as well as access to indoor bathrooms and the dining room. The building was enlarged and improved over the years – operating for some time as Silver Birch Inn. Today, it is known as Walloon Lake Inn, a year-round fine dining restaurant just a short walk from here.

Many of the lake’s lodging establishments thrived for decades, but by the late 1920s most had closed as tourists were rapidly building their own homes on the lake. Only a handful still exist as private homes. 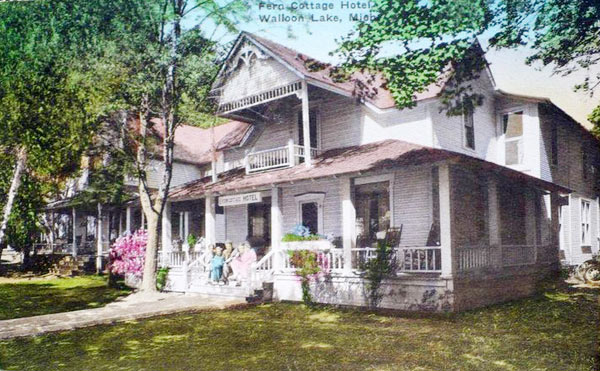