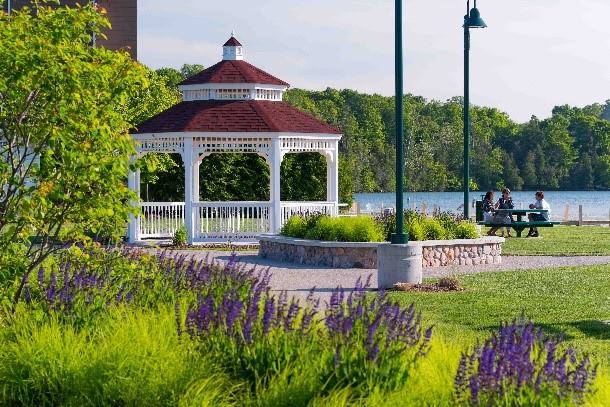 As part of its year-long HEMINGWAY HOMECOMING celebration, the Village of Walloon Lake is excited to announce the formal dedication of special art installation dedicated to its most noted summer resident: Ernest Hemingway. Activities will take place in Circle Park (next to Barrel Back) on Saturday, September 4 beginning at 11am and are hosted along with the Michigan Hemingway Society.

Five historical signs will be installed in the coming weeks in Circle Park, each telling the story of early Walloon Lake (first called Bear Lake, then Tolcott/Talcott) – including trains, passenger steamboats and resorts – as well as one specific to the Hemingway family.

The Michigan Hemingway Society will also officially recognize Walloon Lake on its Michigan Hemingway Tour with the dedication of a bronze plaque – one of more than 15 sites identified throughout the Petoskey / Horton Bay area with direct ties to the Nobel and Pulitzer Prize winning author.

Other family friendly activities are planned throughout the midday at both Circle Park and Melrose Township Park, including fly casting demonstrations by Brian “Koz” Kozminski of True North Trout as well as “Hemingway Through the Years” – with portrayals of Ernest at various stages of his life. Friends of the Crooked Tree District Library will be hosting a used book sale downtown from 11am-2pm.

Barrel Back will also continue its Hemingway themed food and drink specials, drawn from noted books The Hemingway Cookbook by Craig Boreth and To Have and Have Another by Philip Greene (who will be hosting a cocktail program on October 9 at Walloon Lake Inn).

Tickets (and tables) are still available for the Hemingway Centennial Wedding Reception on Friday, September 3 – the exact 100-year anniversary of Hemingway’s wedding to Hadley Richardson in nearby Horton Bay. An auction of Hemingway and Walloon Lake items will be among the highlighted activities. RSVP here: https://hemingwayweddingreception.eventbrite.com/.

Earlier this year, the Village hosted a 7-week virtual program called Walloon Lake Reads: The Nick Adams Stories as well as a Hemingway Birthday Celebration on July 21, which included the dedication of Little Free Library (affectionately named Ernie) in cooperation with the Friends of the Crooked Tree District Library.