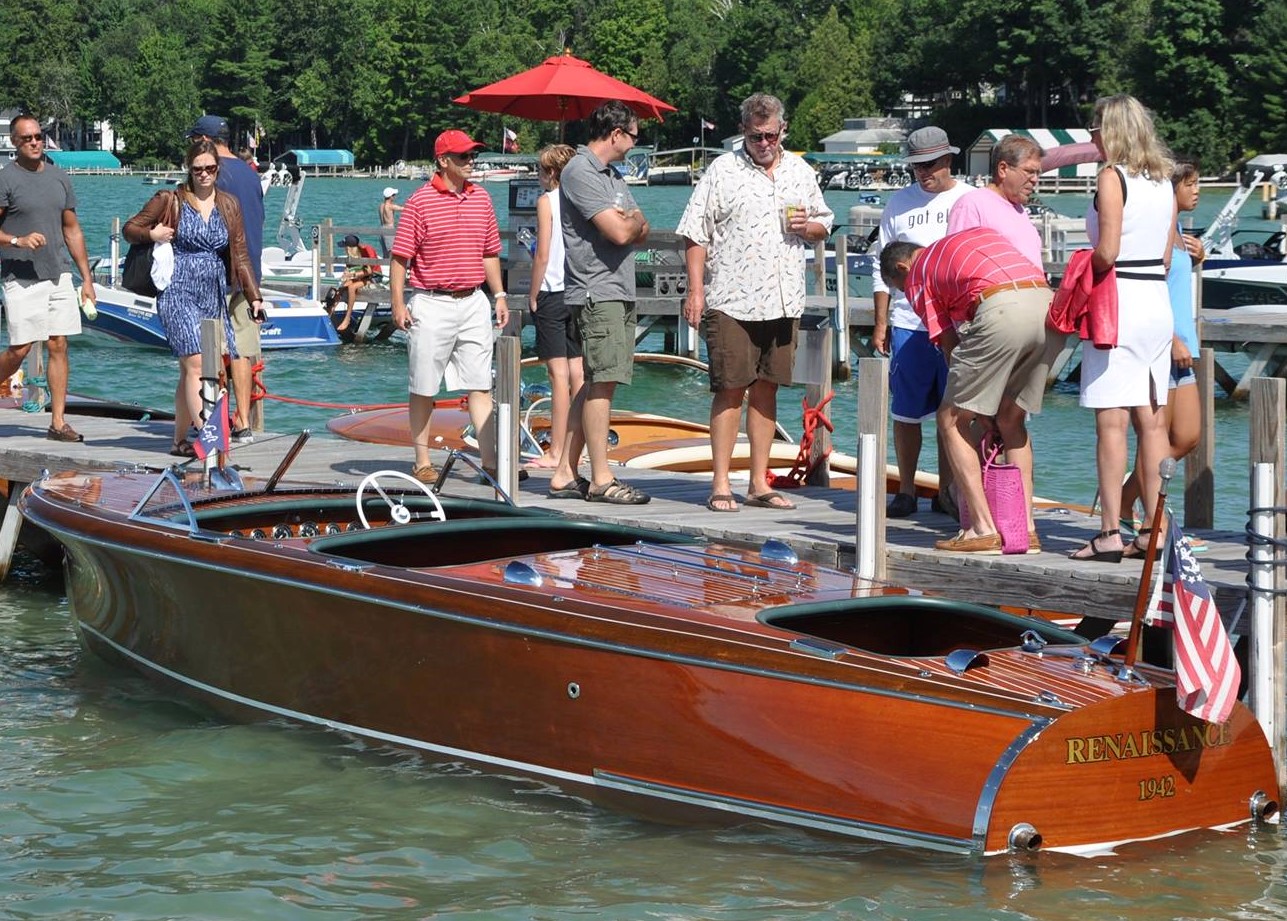 Other than being the name of an award-winning waterfront restaurant in downtown Walloon Lake, “Barrel Back” is a term associated with one of the most iconic wooden boats of all time. They truly are unique floating works of art!

According to The Hagerty Group out of Traverse City (and Golden, CO), the Chris-Craft Custom Runabout, known colloquially in our world as the ‘Barrel Back,’ was built between 1939 and 1942 – there were 425 of the 17-foot version constructed, 433 of the 19-footers, and only 57 of the 23-foot version. “If you see one in the water, from behind, it’s obvious. The transom is so round above water that it looks like a floating barrel. While Chris-Craft never officially adopted the moniker, it stuck anyway.”

Chris-Craft’s history dates back to 1874 in Algonac, Michigan when 13-year-old Christopher Columbus Smith built his first boat – referred to as “punts” or “skiffs”.

According to the company’s website, he quickly earned a reputation as a master boat builder and the demand for them grew. “To keep up with the demand, Chris joined forces with his brother, Hank, and began producing boats full-time. It laid the groundwork for their future as builders of ‘standardized’ runabouts.”

In 1910, the Smith Ryan Boat Company was formed, which in 1922 became Chris Smith & Sons Boat Company and ultimately in 1927 was known as Chris-Craft—the world’s largest builder of mahogany powerboats.

WoodyBoats.com notes that each of the various sized Barrel Backs delivers a complete different on-water experience. “There are small 16 footers, Hydros, on up to the 17, 19, 23 and rare 27 footers. The most common are the 17 and 19 ft models. The 19 is a wonderful boat and delivers ride, style and ease of use. The triples are magnificent riders, the smaller boats are for smaller water. And the little Hydros are insane cool to run.”

Given Walloon Lake’s longstanding history as a wooden boat haven, it’s no surprise that when a name was needed for the newly opened waterfront restaurant in 2013 (housed inside a former marina building) that the name Barrel Back naturally fit!

For those who haven’t visited yet, the second-level Barrel Back restaurant offers an “open-air” dining experience with large glass garage doors on three sides which can be opened up on summer days (and nights). A covered deck faces the village’s Circle Park while a new dock bar can be found, well…right next to the docks! The menu features delicious woodfired options and the bar offers creative cocktails and 23 beers on tap (including several from Michigan breweries). Barrel Back is open for breakfast, lunch and dinner…seven days a week, year-round.

The annual Walloon Woodies is held the first Saturday of August along the docks in front of Tommy’s and Barrel Back. Cars will be lined up near Circle Park that same day.