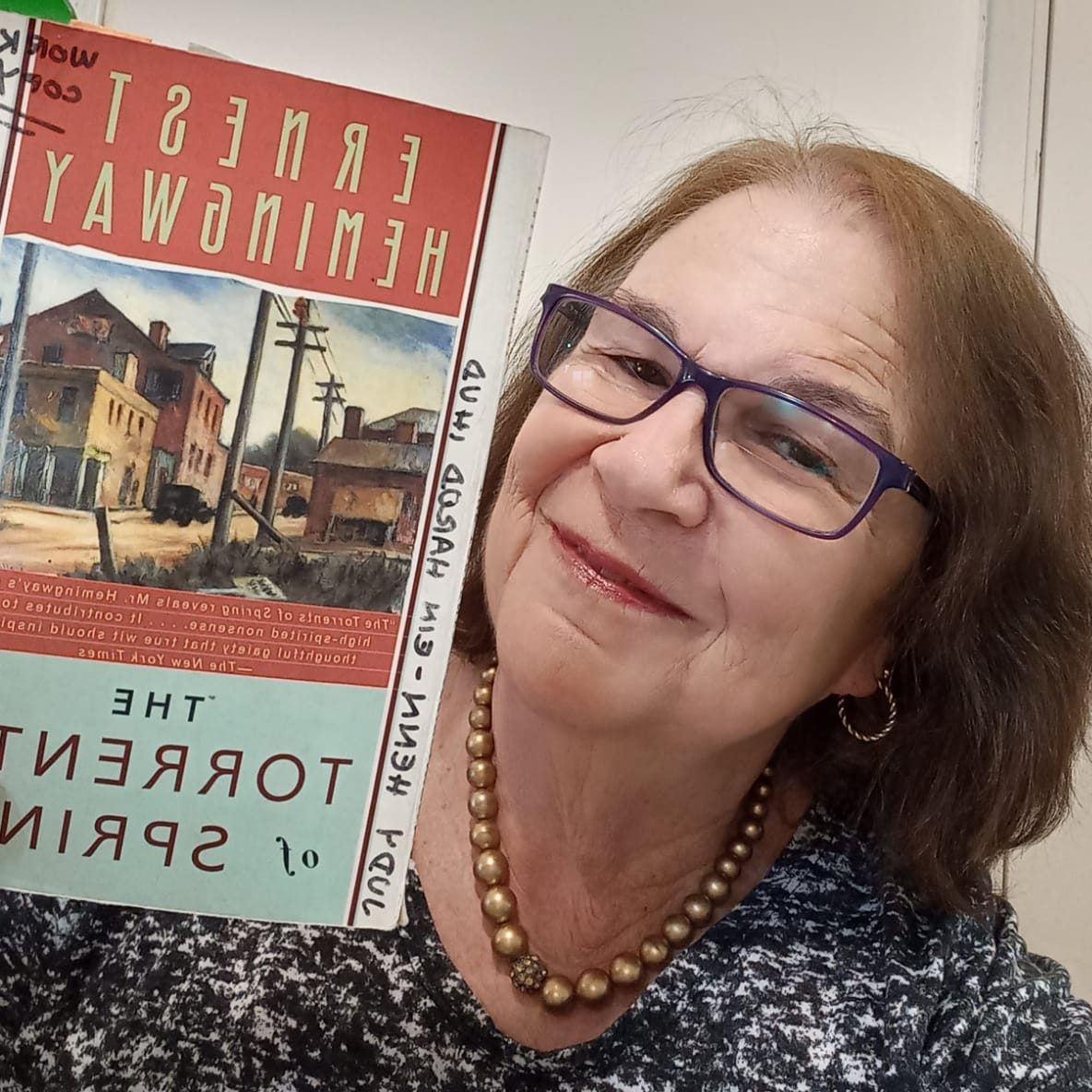 The Village of Walloon Lake, in cooperation with the Michigan Hemingway Society (MHS) and Crooked Tree District Library, is planning its second virtual community read of one of Ernest Hemingway’s books: The Torrents of Spring, which is set in northern Michigan.

On Monday, April 18, MHS President Chris Struble will share photographs and information about the actual sites in Mancelona and Petoskey featured in the novella, which have been designated by Michigan Hemingway Tour historic markers (including the Jesperson’s building, McCarthy’s Barber Shop, Braun Hotel and the Grand Rapids & Indiana Railroad Station, all in downtown Petoskey). International scholar Judy Siegel Henn will then provide a brief reading guide for participants to consider before her primary discussion on Monday, April 25.

Ernest Hemingway was about seven weeks old when he made his first trip from his hometown of Oak Park, IL to Walloon Lake where his parents – Clarence and Grace (Hall) – had purchased property along the North Shore. He would spend time each and every summer until 1922 at the family’s beloved Windemere cottage (including his 1921 honeymoon); the cottage is still owned by descendants of the Hemingway family.

The publication The Torrents of Spring, subtitled “A Romantic Novel in Honor of the Passing of a Great Race,” holds a bit of controversy. Many scholars believe that Hemingway wrote the 96-page novella (completed in just 10 days) in an effort to escape his contract with Boni & Liveright, who had published the author’s collection of short stories In Our Time, in 1926. Boni & Liveright held the right of first refusal for Hemingway’s next three books, yet should they reject any one, the agreement would be terminated. When they did reject it, Torrents was then submitted to Scribner’s (at Scott Fitzgerald’s urging) which published an initial 1250 copies in 1926, thus beginning the eventual Nobel and Pulitzer Prize winning author’s 35-year relationship with the publisher including the October 22, 1926 publication of The Sun Also Rises. In 1993, Simon & Schuster acquired Scribner’s collection, including all Hemingway titles (billed as Scribner Books from Simon & Schuster).

Torrents was Hemingway’s first long work, written in satirical fashion as a spoof of the world of writers, aimed to be a parody of Sherwood Anderson’s Dark Laughter (published by Boni & Liveright in 1925). At the time of the writing, Hemingway was living with his first wife, Hadley Richardson, and their son, John Hadley Nicanor (nicknamed Bumby), in Paris. About this time, they had also befriended Vogue writer Pauline Pfeiffer—who would later become Ernest’s second wife, and mother of his sons, Patrick and Gregory. The Hemingways also frequented the home of author Gertrude Stein, where other ex-pat writers such as F. Scott Fitzgerald, Ezra Pound and Anderson, gathered to drink and talk about their creative talents.

Set in northern Michigan, Torrents tells the story of two men who work at a local pump factor—one a World War I veteran and the other a writer—each in their quest to find the perfect woman (although they don’t see eye-to-eye on this ideal).

Judy Siegel Henn, who visited the Petoskey area in 1998 and 1999 – following the Hemingway Centennial in Oak Park, IL – has become a literary expert on Torrents. Born and raised in the United States, growing up in New York City, Henn earned her BA in English Literature from Queens College in 1966 and a MAT (Master of Arts in Teaching) from New York University in 1967. After teaching for one year in the NYC Public School system, she embarked on the great adventure of her life—immigrating to Israel where she met her husband, became a member of a kibbutz (communal society), raised five children and taught English as a Foreign Language for 17 years in the local schools (elementary, junior and senior high), and taught another 30 years in Israeli universities and colleges.

“My ‘romance’ with Ernest Hemingway began in 1988, when I commenced studying for my Master’s Degree in English Literature at Tel-Aviv University in Israel,” Henn says. “My advisor recommended I do research on an American author and I decided on Hemingway, remembering I had read something by him in high school. On the reading list in a required course was The Sun Also Rises. The lightbulb went off, and I wrote my thesis on the work ethic in Sun and began attending Hemingway conferences, where I mingled with Hemingway scholars and aficionados from around the world. I was hooked!”

Henn received her MA in 1994 and began working on her Ph.D. in English Language and Literature, which she received from the University of Haifa in 2005.

“For my dissertation, I decided I needed to concentrate on ‘roads less traveled’ in Hemingway studies. In a bookstore, a slim volume caught my eye: The Torrents of Spring by Ernest Hemingway. Is this the same Hemingway that I have been writing and reading about for several years? Yes!”

After reading Torrents, Henn began her (pre-internet) research and quickly discovered very little had been written about this novella. She had found her niche. She narrowed her study to three major influences on Torrents: Henry Fielding’s Joseph Andrews from the 18th century, Ivan Turgenev’s The Torrents of Spring from the 19th century, and Sherwood Anderson’s Dark Laughter from the 20th century (hot off the press when Hemingway sat down to write his Torrents).

“I am the very proud owner of a copy of Torrents signed by all three of Hemingway’s sons and Marcelline Hemingway’s two sons,” Henn proclaims, the signatures collected at the Hemingway Centennial in Oak Park in 1999. “My connection to Hemingway is visceral – his writing is often like a knife twisting in my guts. He always engages me and makes me think. That is why I am proud to say: ‘I am a Hemingway scholar!”

Henn taught higher education courses in both English literature and language in Israel for 30 years, retiring in 2018. She has been a volunteer EFL teacher, both in person and via Zoom (since Covid began). Additionally, she is a professional translator from Hebrew to English and an editor and proofreader in English. Her proudest professional moments – receiving six “Excellence in Teaching” awards from the Student Union at the Technicon – Israel’s MIT.

Both parts of Walloon Lake Reads: The Torrents of Spring will be hosted via Zoom and synched with Facebook Live at 7pm, as well as being recorded and uploaded to the Walloon Lake Village YouTube channel for later viewing. Participation is free, but registration is required for the Zoom portion: