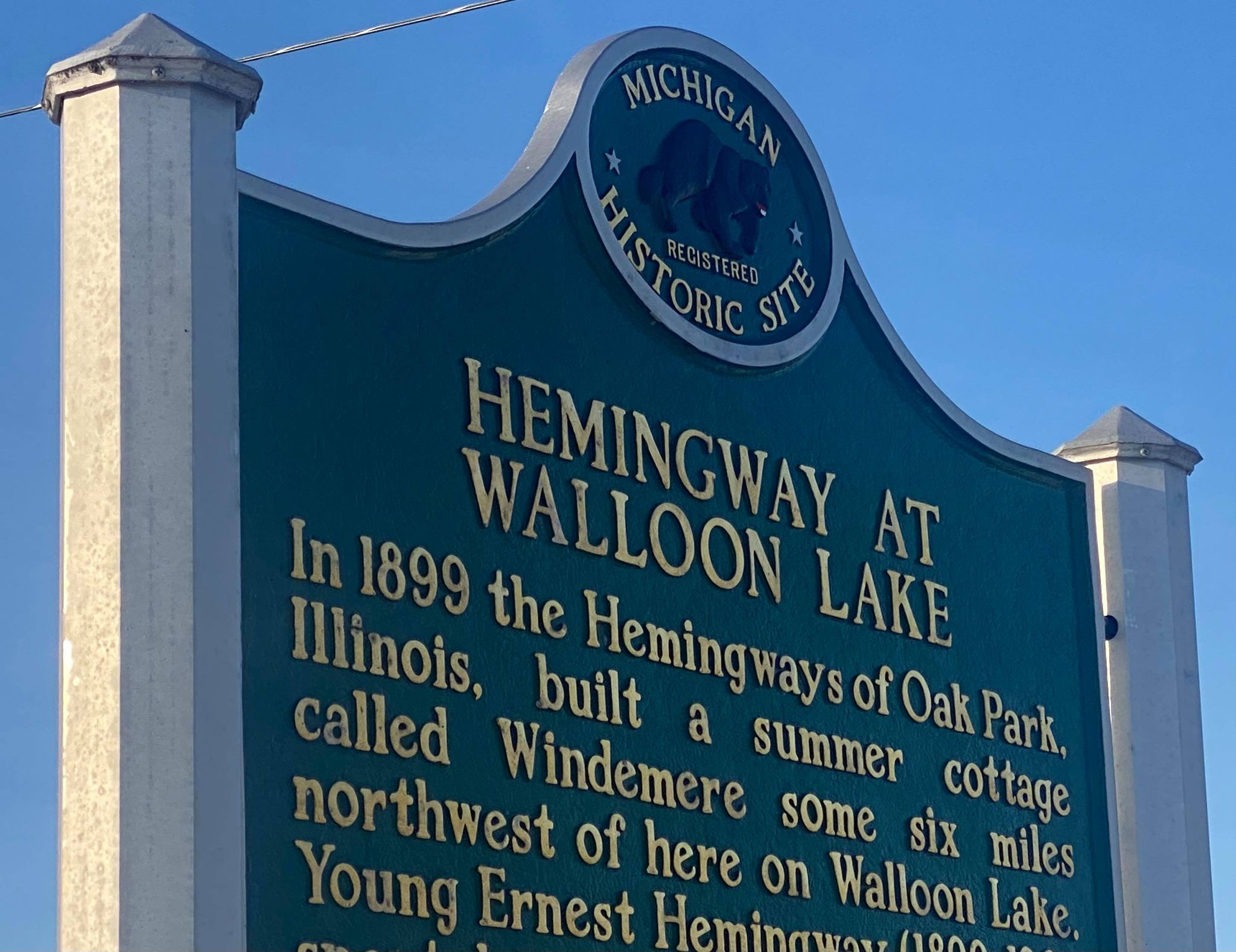 A year’s worth of activities, special events and activities focused on northern Michigan and one-time summer resident Ernest Hemingway is planned for the Village of Walloon Lake throughout 2021. Walloon Lake is nestled between Boyne City and Petoskey just off US-131 in Charlevoix and Emmet Counties.

The first large program is Walloon Lake Reads: The Nick Adams Stories which kicks off on Thursday, April 1 and runs through mid-May. A Hemingway Birthday Celebration is also planned for Wednesday, July 21 (Ernest was born on this date in 1899) with a handful of family-friendly events. Labor Day weekend, September 3-6, will be the primary Hemingway Homecoming featuring the unveiling of historical installations downtown focused on Hemingway as well as other aspects of the village’s development and growth at the end of the nineteenth and early twentieth century – like early rail travel, hotels and resorts, boating and more.

Various businesses in town, specifically Hotel Walloon, Walloon Lake Inn and Barrel Back Restaurant, are showcasing various foods and beverages throughout the year in honor of Hemingway’s passion for such things. Themed lodging packages will also focus on activities that the Pulitzer and Nobel Prize winning author enjoyed – like fly fishing.

Ernest Hemingway was just three months old when he made his first trip from his hometown of Oak Park, IL to Walloon Lake where his parents – Clarence and Grace (Hall) – had purchased property along the North Shore. Ernest spent time every summer until 1921 at the family’s beloved Windemere cottage there, the simple cottage still owned by descendants today. The woods and waters in and around Walloon Lake shaped Hemingway’s life in many ways and it was a place he always held dear to his heart. It was here that his 1972 posthumously published book, The Nick Adams Stories, is primarily set.

The Village of Walloon Lake has also launched a website at WalloonLakeMi.com to provide information to locals and visitors alike throughout the year and beyond. An official Village Facebook page also provides regular updates and historical tidbits at Facebook.com/WalloonLakeMi.