As part of its year-long HEMINGWAY HOMECOMING celebration, the Village of Walloon Lake is hosting Walloon Lake Reads: The Nick Adams Stories which kicks off on Thursday, April 1 and runs through mid-May, culminating with a finale tour of area sites featured in the stories.

Chris Struble, president of the Michigan Hemingway Society and founder of Petoskey Yesterday, will kick off the 7-week virtual Zoom series with a look inside the Hemingway family and their summers spent along Walloon Lake. He will also share some of the background about how The Nick Adams Stories came to be, where they were written and the significance of having them published in chronological order and released posthumously on April 17, 1972.

A viewing of the WCMU 30-minute special Ernest Hemingway: Life is Michigan and introduction of the upcoming Ken Burns Hemingway documentary (airing April 5-7 on PBS and featuring the voice of Michigan and CMU’s own Jeff Daniels as Hemingway) will also be featured during that opening event. 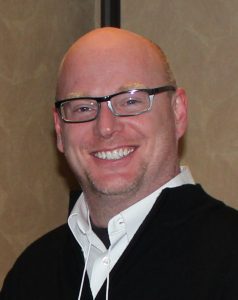 Chris Struble — President of the Michigan Hemingway Society and Owner of Petoskey Yesterday – a local company specializing in tours of Hemingway Haunts, Prohibition, Ghosts and Paranormal locales along with other facets of Northern Michigan’s rich and diverse history. He is also the owner / designer at Arlington Jewelers in Petoskey, an avid outdoorsman and photographer with a lifelong passion for history and travel.